First there were the 10 plagues which cleansed out the negativity (klippot) of the 10 sefirot of the negative (or inverse) Tree-of-life.  Then there were the 10 doubts that cleaned out the the negativity (klippot) from the 10 sefirot (levels/dimensions) that had crossed over into Malchut, our world, the lowest of the 10 dimensions of the positive Tree-of- life.  Then we were ready, or so we thought, for the 10 Commandments.

We’re covering the 10 Commandments over many parts not only

because of their depth and their importance as the high point (keter) of the Torah, but because they play a role in our lives and for our generation bigger than any of us could imagine, and we’ll reveal exactly what that is–perhaps our biggest revelation to date–by the end of the series.  For now, we need to understand them and the mechanics behind them better.

That there are 9 paragraphs is probably not coincidental either as the numerical value 625, that of H’keter (The Crown) is found 9 times in the Torah, and keter (Crown) of value 620, as in the 620 letters of the 10 Commandments, is found 10 times that many times, or 90 times.

As we’re dealing with the moment the Israelites touched Keter, it should be noted here that the number 10 (or any multiple of it) is in a proportion with the year 5778 (2018 CE) that spells out the 173 Keys (the 42-Letter Name) which were given to Moses, and that are necessary to achieve the final redemption, according to chazal.

70 nations, etc; 702 (Shabbat); and the YHVH (26). Readers of this blog and of The Divine Calendar know full well the significance of the number 70 and the role that the time span of 70 years repeatedly played in the Israelite history, so we should point out that the 10 Commandments (Utterances) occur in the 70th Chapter in the Torah.

And if what we’ve recently learned about the role the 10 Commandments are to play in out future, G-d is very serious about keeping the Sabbath (Shabbat), so none of the numbers in the above equation are superfluous.

So, it’s pretty obvious to us, as it’s always been to the tzaddikim, that in the relationship between reaching Keter, which means receiving the Mashiach and the Tree-of-life consciousness, the understanding the 42-Letter Name (the ability to access the 173 keys) and the year 5778 is a most important one. It was important enough to etch onto the cosmos and to build the Torah around, and important enough for G-d to reveal to us today only 7 years shy of 5778.

The 10 Utterances and the Seed of Creation, the First Window

We know from chazal and have explained numerous times and in 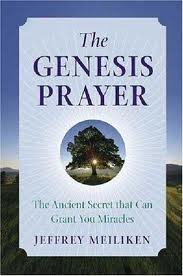 OK, so we know that the 7 words in the Torah’s first verse are connected to chochma/wisdom, of numerical value 73, because their total value is equal to all the positive integers through 73, and we know that the letter Yud (Y) of numerical value 10, represents the sefira of Chochma in the YHVH, and that there are 62 Yuds in the 620 letters of the 10 utterances, but what we didn’t know was that the word values of each of the Torah first 2 words (9 letters) are repeated a total of 62 times in the Torah.

So let’s think this through. The Torah’s first 2 words’ numerical

For a tree to grow, a seed must be planted.

So the first 2 words together and independently connect to 62 and the 4th and 6th together do as well. So if we add up those 622 and 62 and connections, we get 62 x 65 of them, all within the first 7 words of the Torah, and since 65 is the numerical value of Adonai, representing Malchut, the connections stretch from Keter all the way down to Malchut.

In order for Moses to have led the Israelites to Keter at Mt Sinai in the seed had to have been planted 2448 years earlier. And in order for us to experience it would take another 3330 years to reach full height (maturity). But before we can climb it, we have understand it and the best way to do that is to understand the seed that spawned it.

Nothing in the Torah is situated randomly. Everything has a purpose and is part of a plan. Wouldn’t you like to know what that was?

Just note for now, that what’s happening all over the Mideast right 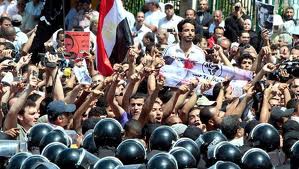