The Mystery of the 1000 Generations

Aisha Torah published this excellent devrai Torah, but we wanted to add a couple notes to help clear up this Talmudic mystery, paradox if you will. We bring this matter up, because we are soon to write about the Erev Rav and their ties to the dating of the final redemption, and some have suggestion that the 974 generations mentioned in Mishna of the 1000 mentioned in Psalms are the original Erev Rav (we’ll get into that in another article).

As you’ll see profoundly discussed below and excerpted from Psalms 105:8-10, there are supposed to be 1000 generations (“He commanded to a thousand generations, the covenant which He made with Abraham, and his oath to Isaac. And confirmed the same to Jacob for a law, and to Israel for an everlasting covenant.” )

There are also supposed 974 generations created before creation, as excerpted from Chagiga 14, “Rabbi Shimon the Pious said: “These are the nine hundred and seventy four generations who pressed themselves forward to be created before the world was created….”

Readers of this blog and The Divine Calendar

know that (1000 -974) = 26 and that in all probability these 26 generations are the 26 generations from Adam to Moses when the Torah was revealed, fulfilling the statement above. but this is only a partial answer.

We also know that the Covenant of Abraham was made in 2018 HC, 70 years after his birth in 1948 and that Israel became a nation in 1948 CE, 70 years before the fulfillment of the Zohar’s prophesy on 2018 CE (5778 HC) when Rav Yehuda Halevi Ashlag advised the Tree-of-life reality would be manifest.

So now let’s look at what was hidden in the 974 generations. First off, it is half 1948, or in other words 974 x 2 years = 1948. And as we learned in our recent article on Miketz and the Final Redemption, the Arizal advised us that “2 years (which Joseph spent in prison) was a hidden secret of when the journey to Moshiach would begin and end. He advised in was in 1976 CE, or as we saw, 42 years before 2018, also give by the gematria of 2 years (ShNTYM YMYM).

Since everything in creation was created in two parts, we see that 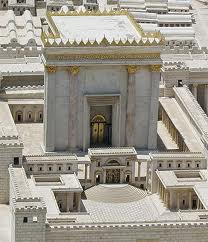 We know also, as previously discussed that time is not statics and was greatly compressed in first few days before Adam’s creation and in the 2000 years that the Torah existed before Creation, easily accounting for the 974 generations. Nevertheless, lets say we take the paradox literally, and see how many generations there are until 5778 from the birth of Moses (the 26th generation), in order to complete the 1000 generations. As it turns out from 2368 (Moses’ birth) to 5778, there are precisely 974 generations of 3.5 (three and a half) years.

What is this end of days prophecy is this reminiscent of?

So there you have it.  There is no real paradox unless you want to take the Torah, Mishna, Tanakh completely literally and disregard what our sages knew that days, months, years, 1000’s and generations are interchangeable reflections of the same spiritual concept. Once you grasp that, you can begin to grasp the reality of the Tree-of-life where there are no physical limitations or illusions. 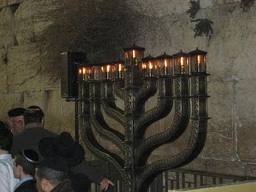 In the beginning, God created the heaven and the earth. And the earth was without form, and void; and darkness was upon the face of the deep. And a wind from God moved upon the face of the waters. And God said, “Let there be light;” and there was light. And God saw the light, that it was good; and God divided the light from the darkness. And God called the light Day, and the darkness he called Night. And there was evening and there was morning, one day. (Genesis 1:1-5)

With these epic words, the Torah, and indeed the world, begins. The beginning is clouded in mystery, perhaps allegory and allusion. The Mishna (Chagiga 11b) dissuades even the sage from attempting to penetrate the unfathomable.1 Nonetheless, there are hints about the dawn and predawn — or perhaps the term should be twilight — of creation in our tradition.2 When commenting on this Mishna, the Talmud makes an obscure reference:

Rabbi Shimon the Pious said: “These are the nine hundred and seventy four generations who pressed themselves forward to be created before the world was created, but were not created. The Holy One, blessed be He, arose and planted them in every generation, and it is they who are the insolent of each generation.” (Chagiga 13b-14a)3

There are those who were created, yet not created, who were “pressed” or contracted, and placed into future generations.4 Rashi explains this passage by presenting a verse in Psalms:5

He has remembered His covenant forever, the word He commanded to a thousand generations, the covenant which He made with Abraham, and his oath to Isaac. And confirmed the same to Jacob for a law, and to Israel for an everlasting covenant. (Psalms 105:8-10)

“A thousand” is used in a verse in Ecclesiastes describing the futility of man’s aspirations:

And though he live one thousand years twice told, yet has he seen no good; do not all go to one place? All the labor of man is for his mouth, and yet the appetite is not filled. (Ecclesiastes 6:6-7)

While we know that God transcends time, the Psalmist nonetheless utilizes this same “thousand” expression to describe Divine time:

A Prayer of Moses, the man of God: Lord, you have been our dwelling place in all generations. Before the mountains were brought forth, before you had formed the earth and the world, from everlasting to everlasting, You are God. You turn man back to dust; and say, ‘Turn back, O children of men!’ For a thousand years in your sight are but like yesterday when it is past, and like a watch in the night. (Psalms 90:1-4)

Apparently, Rashi did not want to allow the possibility of a misunderstanding, of the suggestion that the Torah has an expiration date — a “shelf life” of one thousand generations. Therefore, Rashi explains that the verse means the word of God was commanded to the “thousandth generation.”6

Rashi did not want to allow the possibility of a misunderstanding that the Torah has an expiration date.

Rabbi Joshua ben Levi said: “To what do these twenty-six [verses of] ‘Give thanks’ correspond? To the twenty-six generations which the Holy One, blessed be He, created in His world; though He did not give them the Torah, He sustained them by His love.” (P’sachim 118a)

If the Torah was given to the thousandth generation, yet only twenty-six generations are discernible, nine-hundred seventy-four generations are “missing.” This, according to Rashi, is the lesson of the Talmud.

CREATED BUT NOT CREATED

According to this approach, both formulations are true: The Torah was given both to the thousandth generation and to the twenty-sixth generation. The solution lies in those who were “created but not created” before the world came into existence.

While this solution works mathematically, the theological implications seem challenging. The passage from the Talmud offered as an “explanation” is difficult to understand.

These are the nine hundred and seventy four generations who pressed themselves forward to be created before the world was created, but were not created. The Holy One, blessed be He, arose and planted them in every generation, and it is they who are the insolent of each generation. (Chagiga 13b-14a)

Were these people created or not? The entire passage seems paradoxical.