Circus freak shows, usually include the world’s tallest and the world’s smallest, but Torah’s longest and shortest is no freak show–it’s very serious technology that can help greatly.

The Second plague, frogs, is very special indeed.  In our last article, 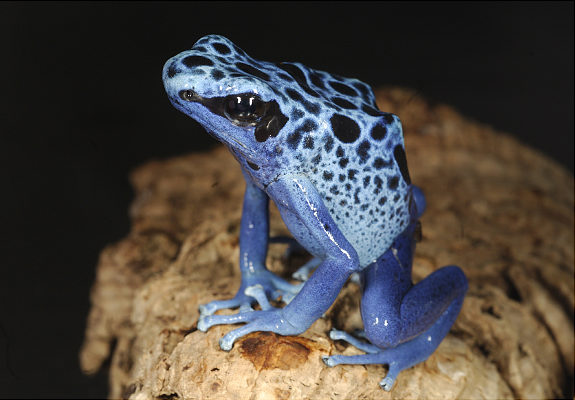 we showed how the word frogs contains the hidden word birds, itself a code for angels. Today, let’s look at the 10 places the Torah describes the frogs swarming the Egyptians.  In the middle of them the Torah makes a point of saying that they will be in the Egyptian’s kneading troughs, 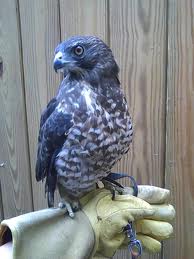 which in Hebrew is the only 10-letter word in the Torah, matching the shortest verse in the Torah which we read a couple weeks ago, also 10 letters long: Genesis 46:23, “And the sons of Dan were Chushim” (VBNI DN ChShYM).

These all obviously have to do with the 10 sefirot (dimensions) of the Tree-of-life, but the word for kneading troughs, (VBMShERVTYC) is very interesting. first of all, it begins with and (V) the 42-Letter Name (ShMB) spelled out backwards (BMSh) and ends with the word Keter (CTR, the highest, crowning Sefira) backwards (VBMShERVTYC)

The rest of the letters in the 10 letter word (VBMShERVTYC) are spelling backwards, YVEV. We’ll get to that in a moment but first we should note that this word is the 15th in the verse and the total numerical value of this word is 985, therefore 985 + 15 = 1000 (keter of keter), the full manifestation of all the subsefirot (dimensions, 10 x 10 x 10) within the 10 sefirot.

The rest of the letters in the 10 letter word (VBMShERVTYC) are spelling backwards, YVEV, the masculine (or divine channeling) letters of the various Names of G-d., such as YHVH and EHYH. Notice that these Names have in common with YVEV the repetition of the 2nd and 4th letters–this pattern mimics the spiritual 4 phase process that Rav Ashlag explains in his Ten Luminous Emanations created the universe and still today guides our interaction with it.

The Zohar reveals about the Final Redemption that it connects to the Holy name for Zeir Anpin, which is the spelled name of YHVH in the form of יוד-הא-ואו-הא. When we removed the feminine or receptive letters (the VD of the letter Yud spelled out (YVD) and the two spelled out letter’s Hey (HE), we’re left with YVEV.

What’s left over of this Name are the letters יוד-הא-הא which have numerical value 32 as the first ב and last letters ל of the Torah. Together they spell לב, ‘heart’ with the numerical value 32, connecting also the 32 times the word ELOHM mentioned in the story of Creation, and especially to the 32 Pathways that comprise the tree-of-Life.

Before we get back to the Torah’s longest word and frogs, let’s take a quick look at the Torah’s shortest verse, and find that amidst the listing of the 70 Israelites who entered Egypt to begin the exile

there, there is the Torah’s shortest verse, Genesis 46:23, “And the sons of Dan were Chushim” (VBNI DN ChShYM), and that similar to the Torah’s longest word and also to the structure of the Tree-of-life, it is 10 letters divided into 3 parts (words), one of which is a permutation of Moshiach (MShYCh).  In fact, the verse contains the permutation of (MShYCh BN DVNY), or Mashaich Ben 70 since the last 4 letters have the numerical value of 70.  It could even be (MShYCh BN DV – NY), or Mashiach Ben David, NY.

We also find that both begin with (VB), whose spelled-out format (VV BYT) has a numerical value equal to 424, that of Moshiach Ben David. And moreover, that both include the letters that spell out the acknowledged initials (VMBSh) for “and the 42-Letter Name).  In this case the final letters add up to 1110 or 10 times Aleph (111) the first letter, and by design, the final plague, the killing of the first born, whose initials are (MB, 42) begins at Exodus 11:1. 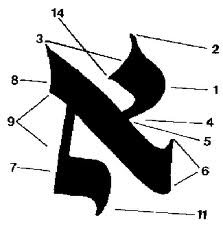 The first plague, also of the life-flowing element water, is Dam, blood, of numerical value 44. Frogs (Tzfardim), the second of the 10 plagues is 444, and the value of the initials (based on their first mention) of the first 9 plagues is 444, the same as frogs. Why?

For one, they are stem from the 4 letters of the YHVH and represent not just the 1st exile but all 4–especially the 4th–exiles; and two, because the plagues are all about the angels, the hidden code within frogs (Tzfardim), and about rectifying and purifying the negative (anti-) Tree-of-life. 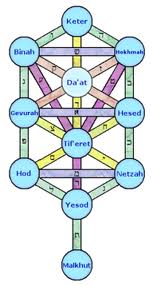 And it is probably why Obama is the 44th President at this time and came in with the 111th Congress.

It’s time to recognize the signs around us, and to recognize those within us as well.  Change occurs internally and manifests externally.  Once we change, so to will our environment.  The plagues didn’t just occur outside the Egyptians windows,  Torah makes the repeated point that they happened within the Egyptians homes.

Egypt (Mitzraim) means constriction in Hebrew, limitation. Don’t make Pharaoh’s mistake; don’t harden your heart as times get tough.  We need to soften our hearts if we want to experience the world beyond limitations and illusions.

The first portion of the Torah, Bereshit, has 146 verses, corresponding to the numerical value of the word, Olam, world.  At the 80th verse, we encounter the revolving flaming sword that G-d uses to block Adam’s (Man’s) reentry into the Garden of Eden, thus splitting the Torah portion into 80 and 66 verses.  It also separates those 80 verses from the rest of the Torah.  Interestingly, the letter Pe has a numerical value of 80 and there are 4805 of them in the Torah, while the entire Torah has exactly 304805 letters, meaning that if take a cue from Bereshit and the flaming sword of separation and we split off the 4805 Pes, we get 4805 and 300,000 letters. Now knowing that nothing in the Torah is coincidental we find it further interesting that when we take the Pe (80) out of 4805, we’re left with the digits, 45, which is the numerical value of Adam, or Man.

One reason for the connection to Pe, is that it is the final letter in the name of the Aleph-bet’s first letter, Aleph (ELP) signifying the beginning or seed level, and since we know that there exists a primordial Aleph preceding the Bet of Bereshit (the Torah’s first written letter), we might surmise that the primordial (or heavenly) Aleph extends to the 80th verse, and can’t go any further because of the sin of Adam and because the world after that point is a world of physicality.

This is an obviously clue for us to examine deeper the first 80 verses, etc.

Do note though that the 304805 letters of the Torah correspond to the two Hebrew letters governing the first month of the year as laid out by Abraham in the Sefer Yetzirah, Tishrei (Libra): Lamed, of numerical value 30 and Pe, represented by the 4805 Pes in the Torah. When the primordial aleph of the 3 mother (E,M,SH) is added to Lamed and Pe, it spells Aleph (ELP) which helps explain why Tishrei is the first month.  Please further note that it takes 42 rotations of the 7 letters governing the planets to return to the starting point again, but more about that in another posting.

The cosmos are ruled by the letters
G-d moves through the 12 palaces throughout the year, starting in Nissan (Aries), the 1st month
Each Palace is built with 7 revolving letters (blocks) (pe, resh, tav, bet, gimmel, dalet, caf) with always a specific one crowning it,
crowning letter:
Nissan, Aries: 1st Month: dalet
Iyar, Taurus: 2nd:month:pe
Gemini: 3rd month: resh
Tamuz, Cancer: 4th month: tav
Av, Leo: 5th month: caf
Elul, Virgo: 6th month: resh
Tishrei, Libra 7th month: pe
8th month: dalet
Sagittarius 9th month: gimmel
Aquarius: 10th month: bet
Capricorn: 11th month; bet
Adar, Pisces:12th month:gimmel
The numerical sum of the 7 letters, called doubles, is 2016, tantalizingly close to 2018, the year prophesied for the arrival of the Mashiach, the Messiah
The palaces are located around a circle and are divided into bands represented by the same crowning letters. When you put the months around the circle with Aquarius and Capricorn at the top (the winter solstice) and Cancer/Leo at the bottom, the banding becomes obvious
Bet—-Bet
Gimmel—Gimmel
Dalet———Dalet
Pe—————-Pe
Resh———Resh
Tav—-Caf
Interestingly, the months that pair off are the:
1st and 8th = 9
2nd and 7th = 9
3rd and 6th = 9
4th and 5th = 9
10th and 11th = 21
9th and 12th = 21
21-09
The total numerical value of all the letters in the Torah is 2109826 and there are 2109 gimmels (each of the value 3) in the Torah
The bands further combine to form bonding relationships, such as the bottom band having the value 420, or 10 x 42 (Mem-bet)
the Pe and Resh bands combine to form Pe-Resh (Bull) and its numerical value is 280, as in the value of the special 5 final letters that control/represent judgment.
the Pe and Dalet bands combine to form Pe-dalet (redemption) with the value 84, as in 2 x 42 (the two drops from above, the 42 letters in the Name of G-d)
etc
The value of each of the 12 palace rings is 709 which is analogous to the value (708) of the upper 42 letters of the Name of G-d, plus the kolel.
Ringing the palaces are the 12 sequential letters (blocks) he, vav, zayin chet. tet. yud, lamed, nun, samech, ayin, zadi, koof
These match up with the 12 months and their crowning letters
Nissan, Aries: 1st Month:       dalet-he
Iyar, Taurus: 2nd:month:         pe-vav
Gemini: 3rd month:               resh-zayin
Tamuz, Cancer: 4th month:     tav-chet
Av, Leo: 5th month:                 caf-tet
Elul, Virgo: 6th month:            resh-yud
Tishrei, Libra 7th month:          pe-lamed
Cheshvan, Scorpio: 8th month: dalet-nun
Sagittarius 9th month:           gimmel-samech
Aquarius: 10th month:             bet-ayin
Capricorn: 11th month;            bet-zadi
Adar, Pisces:12th month:      gimmel-koof
In the center of these rings is the revolving ring (ball) of the 3 mother letters (Aleph-Mem-Shin)
When the Aleph lines up with the Lamed and PE of the month of Tishrei, we get Aleph-Lamed-Pe (ALP) or Aleph, the first, which is why Rosh Hashannah, the head of the year is the 1st of Tishrei, technically the 7th month.
If we assume that the ring of 12 letters is actually 12 rings of 12 letters, connecting to the palace ring at 12 specific points then there are a total or 12 x 7 letters plus 12 x 12 letters plus 3 letters (blocks) or a total of 231 letters (blocks), which is analogous to the 231 gates of wisdom, which is the number of connecting lines drawn between 22 points on s circle. The total value of these letters is 14420.
As per our article on the 70 verses (V’dber Moshe) of the Torah and the location of Da’at (knowledge), the two primordial letters that existed before the Torah and invisibly precede the Bet of Bereshit are the Aleph and the Mem.  The Mem combines with the Bet to form the Mem-Bet, or 42-letter Name of G-d that links heaven and earth (and forms zeir anpin, the bridge between binah (understanding, heaven) and malchut (kingdom, our world)
As per your article on the current pasha,  “[the aleph] is responsible for the whole creation. (10 sayings “אמירות”).”  When we break down the word for sayings we get אמ and  ירות
And since (ירות) has the value of the “H’Torah” (the Torah) and is essentially spelled the same as the Torah, the word for “sayings,” as in the 10 sayings (utterances, or more commonly translated as the commandments) is actually a pictograph for the two primordial letters linked to the Torah.