In a brief continuation from Fish, Fowl, and Nuclear Radiation, Symptoms, Not Signs, we’d like to add a couple insights from this week’s short 67 verse Torah portion, Tazria, and the corresponding teachings of the Arizal enlightenment.

Binah, the sefira (dimension) of understanding, one of the upper 3, has the numerical value 67, which is the first clue that this portion contains some important hidden “understanding” for us. 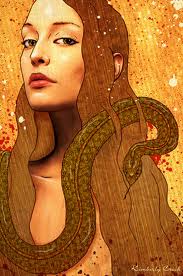 uncleanliness (spiritual impurity) that resulted from the snake’s intimate relations with Eve, which created the separation of Jew and Gentile souls and the admixture of good and evil in Eve’s womb. That said, we once again are faced with the battle of good vs evil in the power of the Cohen (HCHN) vs the plague (h’negah, HNGA).

As we said in our ultimate article about the events playing out this year around the world, the symptoms all point to problems in the critical sefira of Yesod of Zeir Anpin.

On the side of evil we have the plague (NGY) of numerical value 123 and ordinal value 33 for a complete value of 156, the same as Joseph whose energy is associated with Yesod.

Now, according to the Arizal this battle is played out by the dark angel Samael, who we showed to be connected to the current events, and who is in charge of the supernal princes of the 70 nations, and by Michael, who is guardian of Israel and who presides over the 70 sages of the Great Assembly, corresponding to the 70 souls of Jacob.

The good news is that the word for the Cohen(HCHN) is found 57 times in this portion, up to and including the 107th times this word is used in the Torah, and as we’ve written about extensively, the sum of all the positive integers through 107 is 5778. And note that HaCohen is the only word in the Torah tied to the word Moshiach, the Messiah.

If we look at the word for plague in this portion with all its prefixes, such “the plague (HNGA)” and “and the plague (VHNGA), there are 31 more, making 44 in total, as in Dam, blood, the first of the 10 Plagues in Egypt.

However, 44 occurrence of “plagues” and 57 of “the Cohen” total 101 together, as in the numerical value of the archangel Michael, the angelic personification of chesed, all that is good.

What is this plague? The Torah was referring to a condition that

existed only while the Tabernacle and Holy Temple existed. Today it might refer to any number of afflictions.  The only thing we know is that Fukushima Daiichi continually spewing toxic radiation into the atmosphere cant be good, and that the fish and bird kills are both symptoms of what ails us and signs that our environment is not healthy.

The Arizal explains that 70 years is the maximum number of

years of suffering that an individual can be decreed.  If we extrapolate that to a Nation we see that the Babylonian exile of the Jewish nation lasted exactly 70 years and that the year 5778 (2017-18  ce) will be the 70th year of the Israeli nation, formed in 5708 (1948 CE).

The upheaval throughout the Mid-East and the dethroning of their rulers is because the 70 supernal princes are falling one by one.  As above, so goes below.

The spiritual concept of time is a more spatial one and therefore 7 days, 7 years and 70 years are all cut from the same cloth, so when this portion also speaks about the baby boy transcending the 7 days and being circumcised on the 8th, the tzaddikim understood this to mean the 7 years of the birth pangs of the Moshiach and the fulfillment of his brit (Covenant) in the 8th year.