Metatron in the Beginning and in the End

Out next Chanukah revelation concerns the archangel Metatron 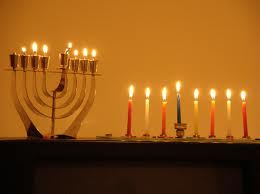 (MTTRVN) of numerical value 314. The sages, tzaddikim and Zohar all tell us he was originally Enoch (ChNVC), the 7th in the lineage of Adam.

We can see from the following verses in the Torah that it was never stated that Enoch dies, only that he walked with God and was taken.

These Zohar excerpts give it more color and speak of all the secrets that were revealed to Enoch and that subsequently were guarded by Mettatron and then revealed on a need-to-know basis.

Zohar Bereshit 51 474. “We have also been told that Chanoch had a book, which originated from the same place as that of the generations of Adam. And this book contains the inner secrets of wisdom. He was taken from this earth to become a heavenly angel. Thus, it is written: ‘And he was not; for Elohim took him’ (Beresheet 5:24). He is the youth, THAT IS, HE IS ALWAYS CALLED A YOUTH, as the verse states: ‘Train up (Heb. chanoch) a child in the way he should go’ (Mishlei 22:6), INDICATING THAT CHANOCH IS THE YOUTH BECAUSE HE BECAME MINISTERING LAD TO THE SHECHINAH. 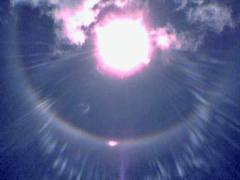 hands and he takes one hundred blessings every day and creates unifications for his Master. The Holy One, blessed be He, took him from this world so that he would serve him above. The text refers to this when it reads: ‘And he was not; for Elohim took him.’

476. Since it was given to him, it is called the book of Chanoch. When the Holy One, blessed be He, took him, He showed him all the supernal mysteries, including the mystery of the Tree of Life, with its leaves and branches in the middle of the garden. We find all those secrets in his book, ALL THAT ELOHIM SHOWED HIM WHEN HE TOOK HIM TO HEAVEN. Happy are those of exalted piety to whom the supernal wisdom has been revealed and from whom it will never be forgotten, as it is written: ‘The secret of Hashem is with them that fear him; and he will reveal to them his covenant’ (Tehilim 25:14).”

As we’ll get into in a moment, it is no coincidence that Enoch was the 7th in the line of Adam, or that he lived 365 years, with 365 being universally agreed as a reference to the solar year.

So who is Metatron?

Zohar 49. Ki Tetze : 28: 138. “It is so THAT METATRON IS SHADAI when the Holy One, blessed be He, descends TO BRIYAH to rule over the Tree of Knowledge of Good and Evil, good being Metatron and evil Samael, who is a devil, the king of demons. Metatron is an angel, the king of angels, but from the aspect of the Tree of Life the name Shadai is Yesod OF ATZILUT..” [the gateway to the uppermost world]. 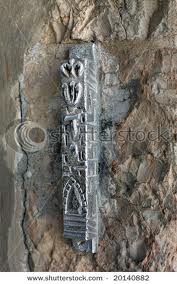 Jews place on their doorposts. It has the same numerical value as Metatron, 314, as guardian of the gates.

We’ll reinforce the connection from the Zohar linking Enoch (Metatron) as governor ,if you will, of the 7 sefirot (Zeir Anpin/Malchut) and particularly as guardian of the entrance way through Yesod, but for an understanding of the deepest hidden secrets we need to turn to the Tikkune Zohar, chapter 22 of the 70 chapters revealing the 70 faces of Creation.

It’s in the Tikkunei Zohar that we learn that the 6 letters of the Name Metatron (MTtTtRVN) should be expanded into a matrix of 42, similar to the 42-Letter Name of God (Ana B’koach).  In this case, the matrix would be comprised of the name Metatron (MTtTtRVN) and then the name stretched out over the subsequent 6 dimensions, something like this:

In The Genesis Prayer and Nothing is Random in the Universe we discuss in great depth the secrets of 42, Pi (314) and their connection to the Torah’s first verse and also the revelations of the advent of Moshiach in 5778, so we won’t go into it again here, other than to point out again that the number 9/(42-letter Name) = exactly 70 + 3.14159..(Pi). 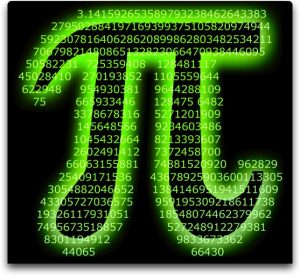 And why is this significant? 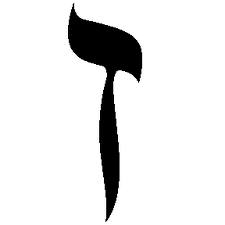 Speaking of 7, Zohar Bereshit 1:4. tells us why 7 is so important: “There are seven sacred chambers and seven levels above, which are the secrets of supernal faith, NAMELY BINAH. And there are seven chambers below, IN MALCHUT, similar to those above, IN BINAH. Six of these chambers are just as they are above, CORRESPONDING TO THE SIX SFIROT OF ZEIR ANPIN, but one CHAMBER, CORRESPONDING TO BINAH, IS hidden and concealed.”

Keep in mind that this hidden chamber corresponds to the 7th millennium and the time of Moshiach when Binah Chamber will be open to us.

And at the end of the description of the 7 chambers, the Zohar (Rabbi Shimon Bar Yochai) has this further to say about the 7th:

Zohar Bereshit B 19:53. “The same can be found in the seven compartments of the lower land, which are all similar to the SEVEN COMPARTMENTS of the world above. And in all OF THE SEVEN COMPARTMENTS BELOW, there are ANGELS in the shape of humans,…” Not, just Metatron, but we’ll be writing about this shortly as well: how the angels have intervened at key points to keep us on track.

B) Enoch became Metatron of numerical value 314, and thus connected to Pi, which makes a line into a circle, which we know from Rav Ashlag’s work on the 10 Luminous Emanations is how the light enters and fills our universe.

C) Metatron controls the 7 dimensions and gates from our would to the upper ones.  We also know from Abraham, the Patriach in his Sefer Yetzirah, that there are 22 building blocks of the universe, namely the 22 Hebrew letters, 7 of which are called doubles and 7 of which connect us to the 7 planets, and that 22/7 = 3.14..

D) We know that both 314 and 42 are connected together to each other and that they connect us to Creation and that the 42-Letter Name, is like Metatron, our bridge between our world and the upper ones, namely Binah.

F) We know that the name Metatron(MTtTtRVN) expands into 42 letters totaling 2198 or 314 x 7, and that there are 2198 letter Zayin(s) in the Torah and the numerical value of Zayin is 7, meaning the entire Torah was written (conceived) with Metatron in mind, and that there is probably a deeper hidden meaning to 2198 as well, behind the total gematria of the Torah letters being 21009826.

G) Enoch’s (Metatron’s physical) life is connected to 365 years or days as in year, there may be a connection to the end-of-day and the advent of Moshiach that he is obviously connected with. Incidentally, 365 is 7 more than 358, an important point not to be overlooked.

Why indeed? The period between the two prophesied dates is 222 years? So let’s go back to the Zohar and see why there are two dates and why they are 222 years apart. We’ll give you another explanation gleaned from the Torah portion Miketz later in the week.

We know there are 2 Moshiachs (Bed David and Ben Joseph) so we understand that there are 2 Tabernacles to be reveled,  one through Metatron in the year 6000 HC, as has been discussed, and the other through Michael, Archangel and protector of Israel, which according to prophecy will be in 5778, 70 years after Israel became a nation.

Therefore 6000 years will be the full length of the Tree of Knowledge of Good and Evil.

As for the 222 year differential we must first look to the name of the beast.

Zohar 42. Chukat : 5:29.” AFTER ZEIR ANPIN AND MALCHUT DRINK, ‘they give to drink to every wild beast’ that which is written: ‘and from thence it was parted, and branched into four streams (lit. ‘heads’)’ (Beresheet 2:10). These four heads are ‘every wild (lit. ‘field’, Heb. sadai) beast,’… which is METATRON that receives and perfects IN HIMSELF the Name from Yesod, the Foundation of the world. This is SINCE THE NAME SHADAI IS IN YESOD OF ZEIR ANPIN, AND METATRON, BEING A CHARIOT TO YESOD OF ZEIR ANPIN, RECEIVES THIS NAME.”

In  Zohar 44. Pinchas : 45. “The Chariot of Ezekiel“Verse 248. “When Ezekiel saw the Shechinah among the Klipot, THAT IS TO SAY, AMONG THE GARMENTS, he saw with her ten Sfirot, without any separation whatsoever, and these are the brain that is among all of them. He saw them within the earthly river K’var (Caf Bet Resh) [222], NAMELY, THE EARTHLY CHARIOT (RESH CAF BET) [222], NAMELY, THE LETTERS OF K’VAR REARRANGED) OF METATRON.

So Metatron is the Chariot, as previously defined in the Zohar, and the value of chariot is 222, meaning Metatron will rule over the earthly plain another 222 years past the time of Moshiach Ben David in 5778.

The same Zohar portion continues as it reveals yet another equation about Metatron and the end-of-days, “That is, ‘The Chariots of Elohim are twice ten thousand, thousands upon (Heb. Shin’an) thousands’ (Tehilim 68:18). ‘twice ten thousand’ are twenty thousand. From this you should deduct two that are missing, AS SHIN’AN IS SPELLED THE SAME AS ‘SHE’EINAN’ (MISSING). ‘(SHIN’AN) THOUSANDS’ ARE THE MISSING TWO THOUSANDS. Eighteen thousand remain, which is as the number of the eighteen (Chet Yud) worlds. THIS IS YESOD, WHICH IS CALLED ‘CHAI’ (LIT. ‘LIVE’ – CHET YUD,), which includes the ten Sfirot, attired in the Tet Tet (nine + nine = eighteen) of Metatron (Mem Tet Tet Resh Vav Nun). And this Tet Tet is taken from the word totafot (lit. ‘frontlets’), about which it is said: ‘and they shall be as frontlets between your eyes’ (Devarim 6:8). Who are the eyes? They are those above, about which it is said: ‘the heavens were opened, and I saw visions of Elohim’ (Yechezkel 1:1). These are the ten visions of Metatron, whom Ezekiel saw as a candle within a lantern, nine OF THE VISIONS being clear, with one being vague.”

This date of 6000 HC is very significant as will be revealed in our next installment of Chanukah revelations about the 2 dates for the windows of the Tree-of-Life consciousness.  Obviously whether you work towards Moshiach in 7 years time or in 229 years makes a big difference.