In our previous article we explained how the value 666 came to be associated with the beast long before Revelations was written and then we examined in depth the verse from Ecclesiastes where the origins lay, including all the allusions to Moshiach (the Messiah), Moshiach Ben David, and to the year 2018 (5778 HC), which is prophesied for the geula (final redemption).

Today, we want to briefly add a little more. In our previous article we showed 3 different ways that the simple 14 word verse hinted at 5778 (2018 ce). Here is one more.

As previously stated the first 3 words numerically add up to 357 including the kolel (3) for the 3 words, Adding 1, as is common practice, gives us 358, the value for Moshiach. Similarly, the last 3 words add up to 421 plus the kolel of 3 to give us 424, the numerical value of Moshiach Ben David.

When we bring those first and last 3 words together, the 6 words sum to 357 + 421 = 778, as in the year 5778, and now we can begin to understand all the superfluous prefixes of the letter “Hey(H)” of numerical value 5 that the verse contained.  Nothing is written without a reason, usually many reasons.

The symmetrical verse juxtaposes the path of Man’s spirit with that of the beast and each half contains 3 of the 6 prefixes (H). As explained by the Zohar, the letter prefix Hey (H) associated with the beast in this verse represents the final Hey(H) in the YHVH and thus the earthly realm of malchut. Meanwhile, the first 3 prefixes Hey(H) associated with Man (Adam) represent the first Hey(H) in the YHVH and thus the sefira (dimension) of Binah (Heaven/upper world).

This poetic juxtaposition is further emphasized in the first word of the verse, Mi, of numerical value 50, and thus universally associated by the sages with the 50 Gates of Binah, the 3rd of the” 3 Upper sefirot (dimensions). By contrast, the last word in the verse is L’aretz, “to the earth”, and you can’t get more malchut, more earthly, than that. 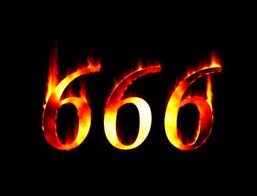 Interestingly, that final word “to the earth” has the numerical 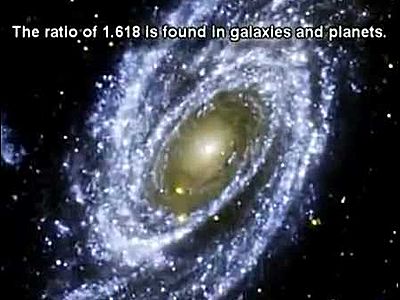 value 321, and not only is this verse Ecclesiastes 3:21, but as pointed out by Volker in a recent comment, 321 x 18 = 5778.  And since the primordial mathematical constant Phi that controls natural spiraling growth in the universe, can be raised to the 18th power, as in Phi18 = 5778.000, to give us 5778 yet again, the divinity and/or divine inspiration in this verse is beginning to shine forth. That spiraling growth includes all life as well and in Hebrew it is universally known that the number 18 represents the Hebrew word chai, meaning “life.”

So G-d is trying to tell us something yet again through the verses in the Tanakh (Hebrew Old Testament).  Forget for a moment everything that you may have heard, read, or assumed about a man who knows the number of the beast.  Now, we all do.  The descending beast, the animal aspect within us will sink into the earth, while the higher (Binah) spirit of Man will ascend. When? 5778 (2018 ce). Why? Because the two natures (spirits) must separate, one weighs down the other.

What we needed and relied on, we must now bid farewell and jettison, lest it weigh us down and draw us into the earth along with it. The time of the Tree-of-life (of Binah consciousness) is almost upon us. This is the 3rd time the gates were opened for us. It’s been 66.6 jubilee (Biblical 50-year period) since the last time when we received the 10 Commandments at Sinai in 2448 HC.

One thought on “666 and the Mark of the Beast continued…”