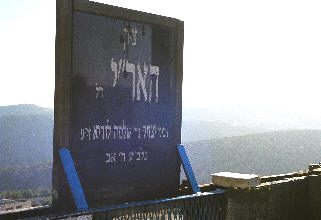 Most students of Kabbalah know that there are 288 Holy sparks, that we are supposed to recover from the physical (malchut) world of the klippot (negativity). These are the remnants of the shattered vessels of first universal structure, the world of Tohu. But what only a very few understand is that according to the Arizal, there are 288 Holy sparks per sefirot (dimension), which makes 288 times 10 (vessels) or 2880.

And when we add 9 for the kolel of the depth from Keter, we get 2889, which in years is the midpoint in the life King David, 2889 HC. Now, this would be meaningless except for two very important points, considering that the tzaddikim have pegged the year 5778 (2018 CE) for the arrival of Moshiach (messiah) consciousness and the final redemption (geula).

2. Secondly, the midpoint in King David’s life is also the exact midpoint in the 5778 years from Adam to Moshiach in 5778.  Mathematically speaking this is necessarily so given jubilee years are 50 years long; nevertheless it was never given, except divinely that there would be precisely 57.78 jubilee years to that point.  It could just as easily have been 40 or 70 or any number of years.  It was entirely left up to fate, not math.

Moreover, the 57.78 jubilee years tie into the year the First Temple was destroyed in 3338 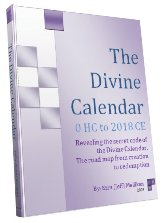 So back to the 2880 Holy sparks we are to rescue from the captivity of the klippot. It would appear as if we were given a time frame of 2 years per Holy spark, using the kolel as above that would take us to 5778 instead of 5760. And according to some of the tzaddikim the year 5760 including hints form Rav Abraham Azulai of blessed memory, that was the year that the 18 years period of Oy and Ashrai began, the final process.

If you want to know where you can find them, the Zohar, the Baal Shem Tov and many of the tzaddikim have answered that.  Since the klippot feed off these Holy sparks, all we have to so is look around and see where the klippot are congregating. Where evil gathers, there is hidden goodness to be uncovered, buried treasure if you will.  Find the good, the positive in bad situation and the sparks will be liberated.

3 thoughts on “All the Holy Sparks and Why it’s Taking So Long to Bring Moshiach.”