A lot of people think the 9.0 Earthquake, Tsunami, and escalating 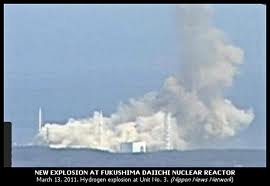 radiation levels emanating from the Fukushima Daiichi plant in Japan are signs of the end of days. Many more see it as just part of life in the 21st century as our technology and spreading populations struggle to coexist with our planet and universe–growing pains if you will.  But there is another way of looking at them, the way doctors do; they view signs as symptoms; and that’s the way real kabbalists view them as well.  G-d doesn’t need to put a Post-It Note next to the light switch before flicking the switch, but if we are to help ourselves, we need to see our world, lives, and universe as the patient, and be willing to make the necessary changes.

The same can be said of the catastrophic fish and fowl kills. 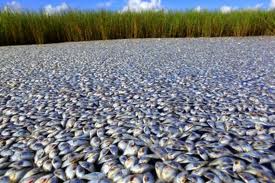 Though these “signs” are less relevant to all but a small minority, as people in general get more emotional about a beached whale than 10 million fish dying one dawn, and the birds falling out of the sky are only meaningful to those whose heads they land on. Yet, it is the fish and fowl symptom that give us the clue to what ails the patient.

According to the Arizal, fish and fowl both belong to the sefira (dimension) of Yesod of Zeir Anpin, through which all the life-force and sustenance flows on its way into our world, Malchut.  He explains that the word for fowl in Hebrew is Oaf (AVP) of numerical value 156, which he points out is the same as Joseph “the righteous,” who is associated and whose energy is aligned with the sefira of Yesod, in particular, Yesod of Zeir Anpin.

And it’s not coincidental that 156 = 26 x 6 or 6 times the gematria value of the Tetragrammaton (YHVH), since each of the 6 levels of Zeir Anpin are associated with the YHVH, and collectively gather in Yesod.

determine whether the air is safe to breath, we have the fish and fowl to help us determine whether Yesod of Anpin is functioning properly or not, whether it’s being choked off by negativity or not. 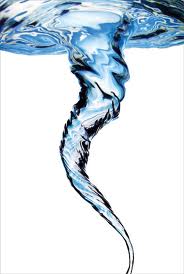 through which flows all our life-force (shefa) or ch’i, and any problems there greatly affects our world, malchut, hence earthquakes of9.0 with their resultant havoc.

Now, 9.0 is telling in itself in that, as we explained in a previous article about how to count the sefirot according to the Arizal,  Yesod is the 9th dimension and malchut the “0” dimension, thus 9.0 represents the bottommost point of Yesod, or Malchut of Yesod of Zeir Anpin.

That’s a little esoteric, but what’s not is what’s happening at the

unfortunately named damaged 6 reactor plant Fuk u shima Daii chi that is spewing out radioactive cesium-137 and iodine-131 at levels much higher than is being told to the public. And like a large volcanic eruption, its destructive forces are encircling the earth and spewing forth unabated.

There is nothing about these symptoms that should be ignored: 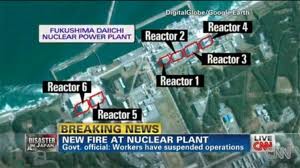 It’s highly uncommon for there to be 6 reactors together with 6 being the number of bundled dimensions in Zeir Anpin, of which Yesod is the 6th.  The number 137, as in cesium-137, is the numerical value of the Hebrew word meaning “to receive” and the number 131, as in iodine-131, is the numerical value of the dark angel samael, thus together: “to receiving samael.” Not a positive message, but no one could mistake these burning cancer inducing radio-isotopes as as positive anyway.

If the tree-of-life were a human body, Yesod would be the

reproductive organs and the lower spine. So what can we expect to occur if we don’t get to the root of the patient’s illness?

1. Worldwide financial troubles, as the sustenance get squeezed further and the type of agony associated with lower back pain and sciatica.

2. Reproductive issues. And we won’t even mention what these

But let’s look at this another way. If you

went to a kabbalist complaining of lower back pain and problems conceiving, he might tell you to look into your financial and sexual excesses, as there would be an obvious imbalance going on there.

It’s 2011 and, as we learned about the verses of the 10 Commandments, the verse that governs this years events is Exodus 20:11 In which we are told that in the six(6) days, God made the heaven, the earth, the sea, and all that is in them, but he rested on Saturday (Shabbat). God blessed the Sabbath and made it holy.

The darkness, samael (SMEL) strikes at our weakest point, the 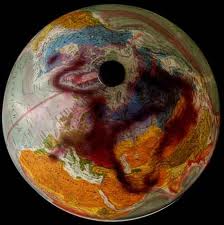 only place it can, the tiny junction point between Yesod (YSVD)and Malchut (MLCVT), and when it does, the numerical value of the letters that are left over equal 446, that of Mot MVT, death.

Are we keeping the Sabbath? Are we working on the Sabbath, which means (on one level) does financial greed govern our world and is it the backbone of our economic models? Are we creating fire on Shabbat, or seeking out our warmth from spiritual oneness?

So this year, what we’ll see is events from space, the earth, the sea

As with any patient, we must first recognize the symptoms, then correctly diagnose the illness, then while treating the symptoms to make the patient comfortable, we must get to the root cause of his disease and correct it.

We are the patient, collectively and individually.  And if we ignore

the symptoms we will pay the price; that’s just science, not metaphysics or spiritual mumbo-jumbo.

Fortunately, we don’t have to ignore them. In this case health care is universally free, but we may have to make some lifestyle changes. 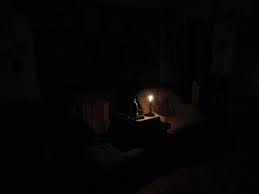 The Hebrew initials of Fukushima Daiichi, spell out Pad (PD), redemption, and if we treat this most unfortunate turn of events as a wake-up call, it can very well lead us to the final redemption, the tree-of-life reality. One candle is all it takes to pierce the darkness.

17 thoughts on “Fish and Fowl Kills, Signs or Symptoms, and of What?”