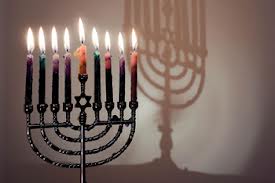 For the first day of Chanukah our gift was the revelation that our solar system was not a once in a billion life-producing chance occurrence, but a gigantic fixed clock-like mechanism, tuned to very specific frequencies and wound to a specific time frame. On the second day of Chanukah our gift is the confirmation that the present boundaries of Israel were set by G-d and that they include all the territories won by war and fixed in 1973.

Most internet and international sources want to exclude the territories and

box Israel in to a 8019 square mile area.  That would limit and confine Israel to a 20³ cube. These are the limits imposed on our sukkahs and connect them to Keter, the highest sefira (dimension), but it is the highest sefira within the physical realm of Malchut thus keeping Israel from its full potential as the State of Binah and of Moshiach, as it was always meant to be.  Sure, there is a purity, power and blessings to be received within that 20³ cube, the same way it is on Sukkot for those making the proper connections, but it is limited. And our goal as connected individuals, a people, and as a nation is to break out of those limitations. That has been the goal for 5778 years. We were given physical limitations, a set of rules and tools and told to free ourselves. From day one it has been a race against time and the forces that would hold us back. 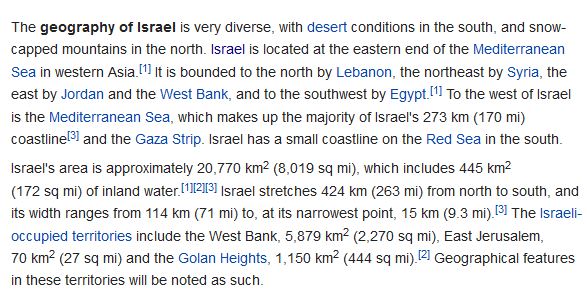 It is said that every picture tells a story, yet we know from the ancient Kabbalists that every number does as well, since numbers are really just pictures (or imprints) of the underlying energies projected into our world.  And while we now realize that the pictures we see out there are often doctored and fake, numbers cannot lie—you can pick up a calculator and verify them for yourself. There is a reason for all the numbers in the Torah; they are not filler.

As it turns out, the square root of the 11,466 square miles is 107.07, whose significance we will get to in a moment. You can picture this graphically as Israel filling a square that is 107.07 miles long by 107.07 miles wide. Most significantly though is that that square root can broken down to √11466 = 21√26, since 11466 equals 441 x 26. First of all, 441 is the gematria value of the Hebrew word for Truth, (אמת) as in the phrase “Give Truth to Jacob,” from Michah 7:20 and secondly, 26 is the gematria value of the Tetragrammaton (יהוה).  Therefore, the true total area of Israel spells out the “Truth of G-d” and moreover, the square root of that area—its essence—is equivalent to 21√26, which is the gematria value of the essence of the Tetragrammaton (יהוה) times the higher Name of G-d, Ehyeh (אהיה), associated with Binah and the World to Come. So before we say another word, the area that Israel encompasses that includes the more recently conquered historic Israelite territories are defined by the two most essential Names of G-d. It represents their unification and connection to the World to Come. Remember, off by even 1 square mile and Israel’s territory is just a number with no significant meaning, or numerically spiritual relationship with G-d.

It is also relevant that the sum of the initials of the upper 6 sefirot (dimensions) of the Tree-of-Life total 441 as well. Truth!

There is much more to 11,466 than meets the eye, though that is the whole point of ancient gematria, to discover G-d’s hidden clues, meaning, and spiritual energy among the physicality of our world. There are 36 (לו) factors of the number 11,466, in other words, other whole numbers that can be multiplied together to give us the number 11,466.  The simplest one is 11,466 divided in half, or 11466/2 = 5733. The Hebrew year 5733 corresponds to 1973 CE, which is the year of the ’73 War when those additional territories included in the 11,466 square miles were cemented into the State of Israeli. According to Rav Brandwein, of blessed memory, this was the last time Moshiach Ben Joseph was present and ruled within Israel. That was 45 years ago.

The numbers 546 and 21 are also a factor pair of 11466 since 546 x 21 = 11466. We have already covered that 21 is the value of the higher Name of G-d, Ehyeh (אהיה), associated with Binah and the World to Come. As for 546, it is both the sum of the initials of the sefirot in the Tree-of-Life, and according to Rabbi Isaac Luria, the Arizal, the number 546 stands for Israel itself, so obviously it is noteworthy. He explains that it is its gematria value including the 5 letters of the name Israel as the kolel.

We mentioned the Biblical quote, “Give Truth to Jacob,” which many commentators have explained with several different meanings and connections. Here is one more that is pure Truth and comes straight out of the number 11,466, the area of Israel in square miles. Two more consecutive factor pairs of 11,466 relate directly to Jacob. The first set is 63 and 182 since 63 x 182= 11466. While the number 63 represents the Tetragrammaton (הי‐יוד‐הי‐ואו) in the aspect of Sag (Binah), the number 182 is the gematria of the name “Jacob” itself. Then the very next factor pair is 78 and 147 since 78 x 147 = 11466.  We know from the Arizal that 78 is the triple Tetragrammaton (יהוה יהוה יהוה). We also know from Rav Brandwein that 78 represents the value of the initials (עץ) of Etz Chaim (The Tree-of-Life), which he related to the year 5778 and the Geulah,(final redemption) when we will return to the Tree-of-life, or Binah, consciousness. The number 78 is also the complete gematria value for Adonai Echad (אחד יהוה) from the Shema Prayer. This alone may have meant something, yet it means even more multiplied with 147, the number of years in Jacob’s life. So given that we have Jacob’s name and his age as two consecutive numbers within the 36 factors, it may also be concluded that the factor 546 does stands for Israel, Jacob’s alternate Biblical name.

234 and 49 are a factor pair since 234 x 49 = 11466, and 273 and 42 are the consecutive factor pair since 273 x 42 = 11466. The number 42 is always representative of the 42-Letter Name of G-d, the understanding of which is supposed to bring us the Geulah, and whether coincidence or not 42 +49 = 91, a combination aligned with the counting of the Omer for those that understand.  Yet it is 234 and 273 that are the most exciting to see in this list, along with the previously mentioned all-important factor 26, for you see in our last article we wrote about how our solar system was based on these very numbers.

And while 273 is the value of the word “gematria” itself, it is also the core temperature of the Sun at 27.3 million degrees Fahrenheit, which is doubly relevant because the Sun’s surface temperature is 5778 ˚ K.

And while the absolute freezing point of all matter and energy is -273˚ C, sunspots revolve around the Sun’s surface in exactly 27.3 days, the same number of days that the Moon orbits the Earth. Meanwhile, the Moon is 27.3% of the Earth’s size, and it completes one turn on its axis with respect to the stars also every 27.3 days. These are just some of the many synergies built into the structure of our universe, which could not have happened nor by the hand of man or created by random chance, physics, and pure dumb luck.

There is so much more, but what is also important to this divine design of our universe in which the alignment of these 3 celestial numbers used as angles, temperature, times, and distances are coordinated is their proportions to one another. The 3 numbers (23.4 – 26 – 27.3) are 2.6 and 1.3 units apart respectively, meaning that of the entire 3.9 units that separate them they are split into the .666 and .333 proportions (i.e. 2.6/3.9 = .666 and 1.3/3.9 = .333). These proportions govern both the Kabbalistic principles as taught by the Arizal and the physical attributes of our universe as detailed at length in our prior article. Furthermore, 13, 26 and 39 are all factors of Israel’s G-d given area, 11,466 square miles.

One more tidbit: while the ordinal value of the Hebrew names for the Sun, 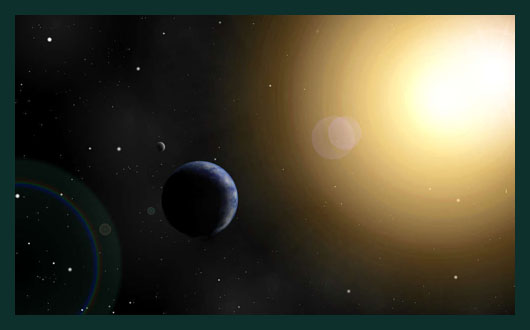 Moon, and Earth equal 107, the distance from the Earth to the Sun is the exact equivalent to 107 Suns, and the Earth orbits the Sun at 107,000 KPH (66,600 MPH). So I guess these two articles, Chanukah gifts, are intimately related; they certainly are divinely so as G-d set the size of Israel and set the firmaments in Heaven.

One last odd note about the factor pairs of 11,466. The factors in the two pairs, 6 x 1911 and 3 x 3822 add up to 5742 and when we add their digits (6+1+9+1+1+3+3+8+2+2 = 36) to that total, they add up to 5778. Is it a coincidence we light 36 candles over the 8 days of Chanukah and there are 36 factors of Israel’s total land mass? Let’s all connect to the Ohr HaGanuz, the light of Moshiach available these 8 days. Let us give truth to Jacob, who was born 3580 years ago and the to Maccabees who fought for Moshiach in the year 3585 HC. Since 358 is the numerical value of Moshiach these cannot be coincidences either. G-d had a plan, always did, and still does. The question is do we want to get with it.  By the way, as you can see in those screen shots above, the length of Israel from North to South is 424 km and since 424 is the gematria of Moshiach Ben David if that does not tell you who is really calling the shots, nothing will.  This is the year to connect. This is it. And this is the holiday that connects us.

Using a little known, but deeper gematria method (1911 x 3822)/(1911 + 3822) = 1274, yet another of the 36 factors. There is probably no end to the secrets revealed in the number 11,466 because it is not just a number, but the area that was chosen for Israel by G-d, back in 2018 of the Hebrew Calendar when He made the Covenant of Halves with Abraham. That 2018 HC corresponds to 2018 CE, which is 5778 CE is no coincidence, just as Abraham’s birth in 1948 HC corresponds to Israel’s birth in 1948 CE; the Gregorian and Hebrew Calendars converge in 5778. G-d works in mysterious ways. We are just lucky that we are privileged to be able to see some of them. May we all be in Israel, within these G-d given borders, to receive Moshiach in this G-d given year.