What is the measure of love? There are many romantic and philosophical answers to that 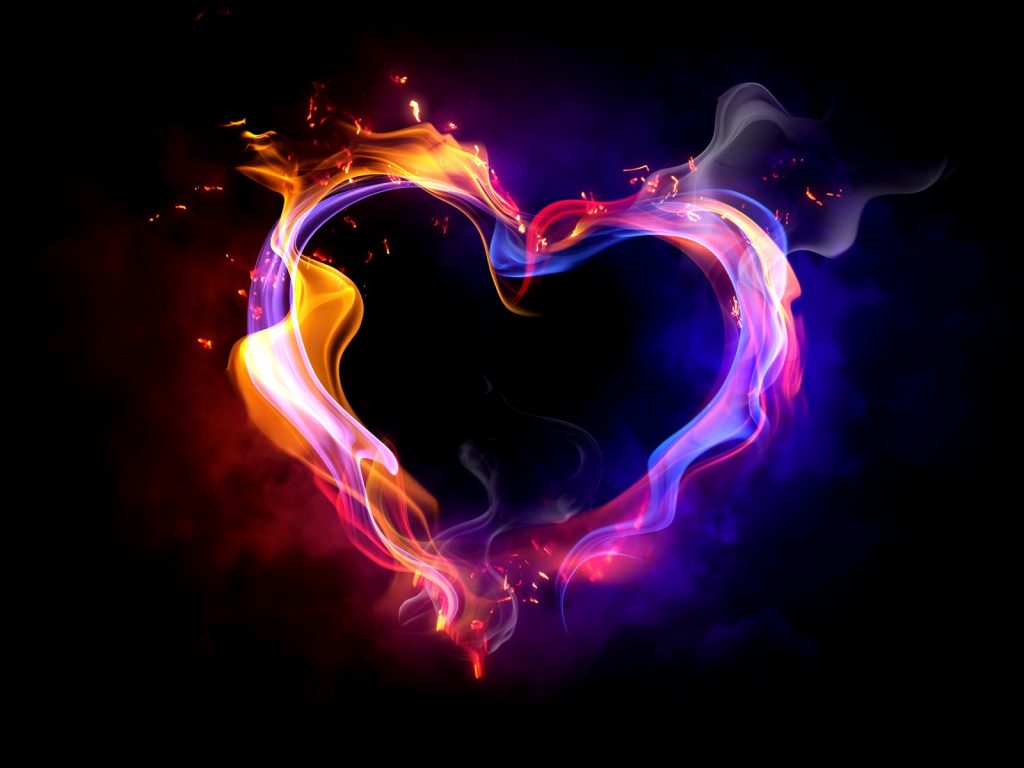 question, but Kabbalah traces all answers to their roots and love in Hebrew is Ahava (EHBH) of numerical value 13, in Kabbalistic tradition, a lucky number.

Tracing the number 13 back to its spiritual source, we see that there are 13 letters in the 3 iterations of the spelled out letter Yud (Y), the first letter in the ineffable Name of G-d, the YHVH, connecting to divine wisdom (Chochma) at its highest level.

Together these 13 letters that create an expansion on the highest aspect of G-d’s Name add up to 506, the numerical value of Ahavat Chinam, unconditional love. According to the Arizal, spelling out, or filling out a Name adds power (koach) to that Name.  506 is also the complete value of Moshiach Ben David (the Messiah) and is also deeply associated with the Ana B’koach (42 Letter Name of G-d).

It’s no coincidence that the all-important 13 verses of the 10 Commandments begin in Exodus 20:2 with a 13-letter phrase of G-d saying, “I am God, your Lord (Anochi Adonai Elohaycha, ENCY YHVH ELHYC).”

Or that the Torah gives us the 13 Attributes of Mercy, showing us G-d’s unconditional love, amongst other special gifts (yet another article).

According to the Arizal, the secret meaning of the verse “..and the measure of my days, what it is” is the equalization of Zeir Anpin and Malchut that occurred in the times of the Holy Temple and that will occur again at the end of days in the time of the Third Holy Temple. In the understanding of the Ari’s explanation we’re given that the Hebrew word for Temple, as in the 2 previous Holy Temples and the Future one, Mikdash (MKDSh) is spiritually equivalent to the word for measure, Midat (MDT), both of which have a gematria value of 444.

In his discussion in Shaar HaPsukim about the above mentioned Psalm, the Arizal explains that teh significance of 444 is that it is the sum of the 4 Alephs (ELP), each of numerical value 111, that are the initials of the 4 iterations of Eyheh (EHYH), the Name of G-d associated with Binah (Imma). 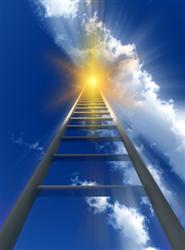 Rav Ashlag further noted that it was not coincidental that the Arizal passed away 444 years before the final redemption (the geula).

So now we must note that that time period of 444 years is 1/13th of the 13 time periods from Adam to Moshiach. One part love.  When a tzaddik like the Arizal passes away, he becomes much more powerful to us as he guides and steers us with loves. And we can’t ask for a more powerful guide than the Arizal to help us ascend the final rung.

The number 13 is not only connected to the route of Love, the unconditional love of the Creator, as we saw above, but it is the numerical value of Echad, “One,” as in G-d is One.

So back to the 10 Commandments (Utterances), the highest point in the Torah, which begin in Exodus 20:2 with G-d saying, “I am God, your Lord (Anochi Adonai Elohaycha, ENCY YHVH ELHYC).” These 13 letters divide into its first 2 words that equate to 107 and the 3rd word which equates to 546, or altogether to 653 plus the kolel of 13 (letters) for a total, not coincidentally of 666. 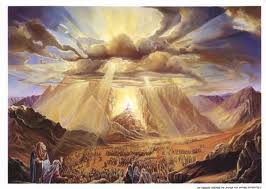 The ladder, Sulam, has a numerical value for 130 or 10 x 13, as does the grandest ladder of them all, Mt Sinai (130 or 10 x 13), where the 10 Commandments where given . The ladder is Zeir Anpin, the nexus from our world of Malchut to the Heavenly realms.  As 10 is the numerical value of the letter (Yud) we are where we started, with the integration of the letter Yud and Love. Subtracting 444 from 506, the numerical value of Ahavat Chinam, unconditional love we get 62, as in the 62 Yuds in the 620 letters of the 10 Commandments.

There are 13 rungs on the divine ladder of time, each of equal measure, 444 years, each segment a measure of love, each a step closer to the Future Holy Temple.  Yes, there is a Divine Calendar revealed here, but there is also the measure of love, which we find permeating everything G-d has tried to give us. In it is also the answer of how to ascend that final rung: love.

Love will bring about the Future Holy Temple in this final period.  Nevertheless, of the 444 years, there are only 5 left. And yet, because the whole system was built on love, there is still time.

3 thoughts on “The 13 Rungs of the Heavenly Ladder”