Abraham’s journey began with the planet Jupiter; so did ours.  Who knew it would take so long? Regarding our last post on Jupiter and the 40 Days and 40 Nights, David wrote into me with a great insight:

How can we connect this to the fact that Avraham’s astrological array was Jupiter and Hashem moved it from east to west so that it doesnt influence Avraham’s ability to have children? seemingly this means that all his descendants are also under Jupiter’s astrological sign and affected by it.

source Shabbos 156B ““Who awakened Jupiter from the east?”

To understand this you must begin with Shabbos 156A, nevertheless, the Gemara connects that moment when G-d had Abraham gaze up into the stars to Abraham’s age (70) at the Covenant of Halves which occurred in 2018 HC, and this is especially noteworthy given that 2018 CE is 5778 HC, which as per the referenced article just published is the date revealed by both Jupiter’s orbit, the Sun’s temperature and the phrase “40 days and 40 nights,” 5-778. 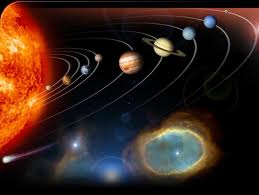 The real significance though is that Israel will be 70 years a nation in 5778 (2018 CE), just as Abraham was 70 years old in 2018 HC. And according to Rav Ashlag (HaSulam) the Covenant will then be fulfilled, coinciding with the Zohar that also enlightens us to that 70 year period prior to the final redemption.

One reference to this is found in Zohar Mishpatim (Ra’aya 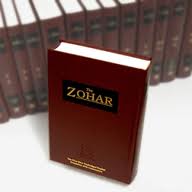 Meheimna-the deepest secrets section)17, 473-475, regarding “the 70 words in the psalm: ‘May Hashem hear you in the day of trouble (Tehilim 20:2), ” Rav Ashlag explains that this alludes to the 70 sounds made by the expectant mother about to give birth, “being also the 70 sounds given out by the Schechinah for the distress of the children of Yisrael prior to redemption-considered ‘a day of trouble’.” The Zohar intimating a conversation between Moses and Elijah, continues, “Why does She cry out? It is known that among Yisrael there are masters of Torah and kings from the aspect of the star of dawn, namely the Shechinah. There are two grads: morning and dawn, about which it is said: ‘at Your right hand are pleasure evermore (Netzach)” [Tehilim 16:11]. The morning of Abraham, Chesed, appears on the Day of Redemption. But the dawn precedes the Day of Redemption, being Netzach, as the Shechinah from this aspect is called ‘the star  of dawn’.”

In the next paragraph, the Zohar continues explaining, “Hence the 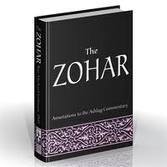 chief musician [lamenatzeach] is spelled Netzach [forever] and Lamed-Mem [70], which are the 70 sounds that the doe  [star] of dawn cries out for her children when the darkness of exile overcomes them, the darkness of dawn taking place in the last 70 years. At that time will be fulfilled in Yisrael: ‘Like a woman with child, that draws near the time of delivery, is in pain, and cries out in her pangs; so have we been in your sight, Hashem’ [Yeshayah 26:17]…”

“..The morning alludes to the right hand of Abraham, Messiah, Son of David, who stems from Judah [Yehudah] about whom it is written, ‘Judah is a lion’s whelp’ [Bereshit 49:9]. For this reason, ‘as Hashem lives: lie down until the morning’. [Ruth 3:13].

The Zohar, as always is very deep and cryptic though we can’t miss the obvious allusions that the last 70 years will be painful and include all the birth pangs of Moshiach. So it’s interesting that of the 42 times (Yes, 42 as in the 42-Letter Name, the understanding of which chazal will bring about the final redemption) the 778 plus hey (5) phrase is used in the Torah, the first time is in conjunction with 70 years in Genesis 5:31 with Lemekh(LMC)–kabbalistic code for king(melech, MLC)–who lived for 777 years. And notice that Lemekh(LMC) begins with the Lamed-Mem that the Zohar was referring to above.

And it’s even more significant that the next time it was used was in paragraph 42, Genesis 12:4, when Abraham was 70 years and 5, which is what the Gemara was referring to, in 2018 HC.

As my son pointed out to me at breakfast this morning, Jupiter’s days are 10 hrs long, a possible connection to the 10 sefirot of the Tree-of-life.  What the full connection to Jupiter is yet to be seen, but as the 70 supernal ministers are removed above, so are their respective counterparts in the nations below, and so far since the start of this year 1/1/11, Lebanon, Tunisia, Egypt have fallen, and Jordan, Yemen and Afghanistan are in the process. The prophecies of the Zohar and tzaddikim are being fulfilled.

When the Torah connects the dots, it does it for a reason, and not an insignificant one.  Over the next few weeks we’ll be unraveling more of these trails.

One thought on “Abraham and the Planet Jupiter; Foretelling the Final Redemption.”